“In football, everything is complicated by the presence of the opposite team.” –Jean-Paul Sartre

Saints’ fans, I apologize in advance. But love it or hate it, the day of the big game is finally here, and Atlanta is doing her best to make it fun and exciting. 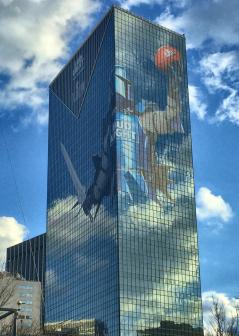 The moody skyline provides the backdrop for depicted warriors gripping the football. 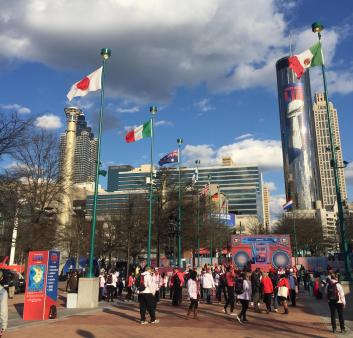 Centennial Olympic Park has thrown open her green space for music and much more. 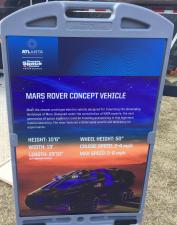 The Kennedy Space Center has provided a wild concept vehicle… 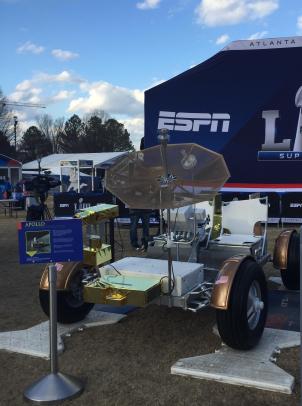 …and a lunar roving vehicle.

“People who work together will win, whether it be against complex football defenses, or the problems of modern society.” –Vince Lombardi 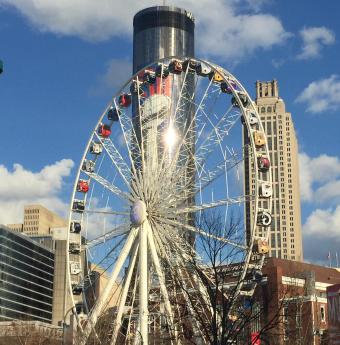 “Once you learn to quit, it becomes a habit.” — Vince Lombardi

A trophy soars into the clouds… 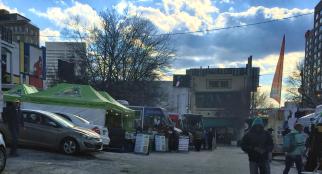 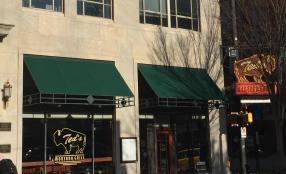 Food trucks have lined to compete with the long-established restaurants. (Who said it was just about the game?) 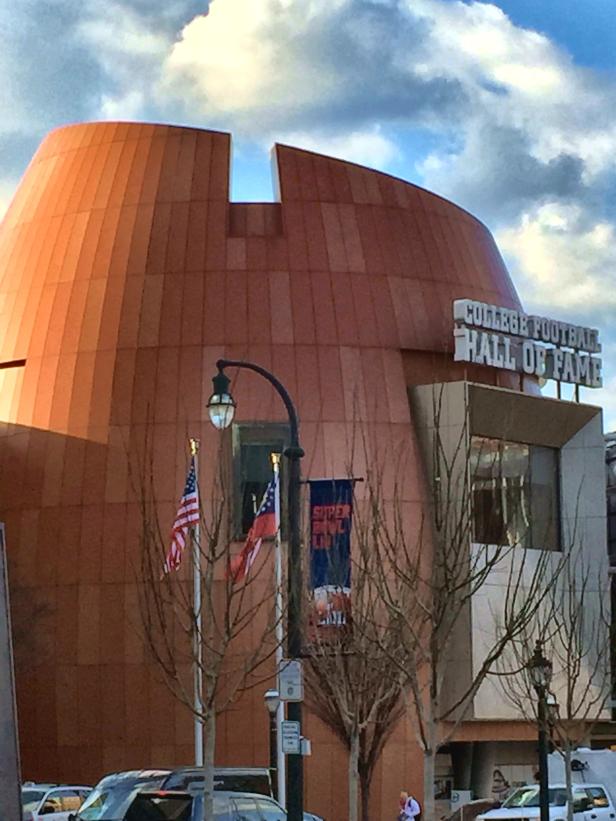 “Football is the ballet of the masses.” –Dmitri Shostakovich

The College Football Hall of Fame is just across the street.

Beautiful cheerleaders. (Handsome ones too, but these are the ones who granted permission. Thanks ladies!)

So, let’s move on to Mercedes-Benz Stadium where excitement is building!

“Everyone has the fire, but the champions know when to ignite the spark.”–Amit Ray

Renee Johnson is the author of Behind The Mask, Herald Angels, Acquisition, and The Haunting of William Gray.  She is currently working on a romantic-comedy, and a historical novel, while editing a suspense novel which has international flair–an homage to her love of travel and foreign food.  She lives on a farm in North Carolina with her husband, Tony Johnson, and two very spoiled German shepherds named Hansel and Gretel.

6 thoughts on “Atlanta’s Hosting a Party”

#Decorating for #christmas with #granddaughter. #sundayvibes ❤️🎁
My girl needed two #costumes this #Halloween! #minniemouse or #Belle from #beautyandthebeast? She couldn’t decide and why should she? ❤️🤗