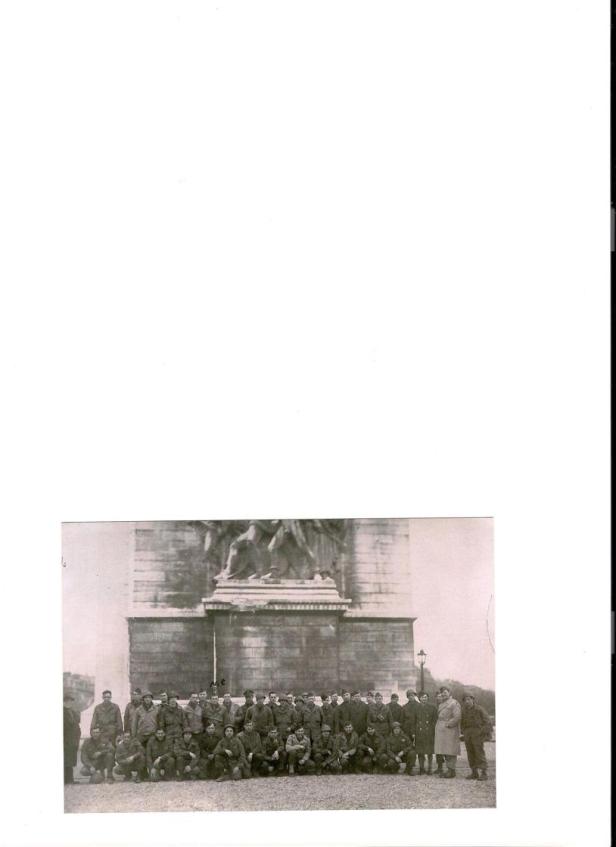 Uncle Dwight has written ‘me’ above his head.

Yesterday, on the tenth anniversary of the 9/11/2001 attacks, I received several heart felt words of sympathy and good thoughts from friends, acquaintances, professionals, and bloggers in France or connected to France in some way.

These people took time out of their beautiful Sunday to think about Americans and the pain we suffered through and continue to try to move past.

I was only a few days away from making my first trip to Paris when the attacks occurred. If you recall, in the days immediately following, planes were grounded and many were not allowed to reenter the country. I was told by the travel agent that she could still get me to France, but couldn’t guarantee my return. Needless to say, the trip was postponed.

Every pre-purchased ticket was honored by a voucher or refunded entirely – dinner at the Eiffel Tower, river cruise down the Seine, Moulin Rouge show, metro passes. Happily, the second attempt to make it to France was quite successful. And one of the best ever! Random Frenchmen made comments in an effort to show my friends and me that we had their support. People in cafes, shops, and in the markets extended kindnesses.

The second trip to France occurred last October when I attended The Essoyes Schooland again, I found the majority of people are like the majority of Americans. We aren’t reflections of every statement uttered by our politicians and neither are they.

I have a picture of my uncle at the Arc de Triomphe in Paris with his World War II company shortly after Paris was liberated. He was so proud of his accomplishments along with those of his fellow soldiers.

We have a long history of being allies and friends. And it remains to this day.

So I am sending all of my friends and acquaintances in France a big hug and kiss for their thoughtfulness and remembrance of our American tragedy. 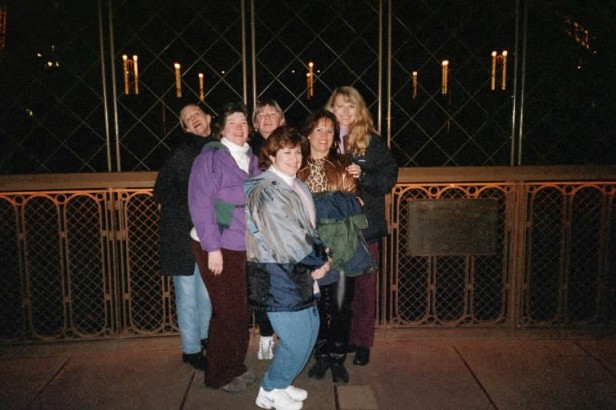 Laurie in front, Karen and Paula next, Susan, Leila and me in back!

5 thoughts on “A Big French Kiss”