Not much had changed in Essoyes, France in the five years since I’d last been in the small village in L’Aube.

But there was one addition:  La Maison des Renoir, the Renoir Museum housed in his studio.

I had just missed it the first time, as it was opening the following spring.  Time had come to walk through Pierre Auguste Renoir’s footsteps, see the same views as he, stand on the hallowed ground through which inspiration arose and models reclined.

The chair he’d spent the last days of his life in, still hangs suspended from the ceiling, a projector rolling images of his famous artwork and family on an oversized screen.

This is in the lower section of the atelier, the upper brilliantly lit from natural light sources. 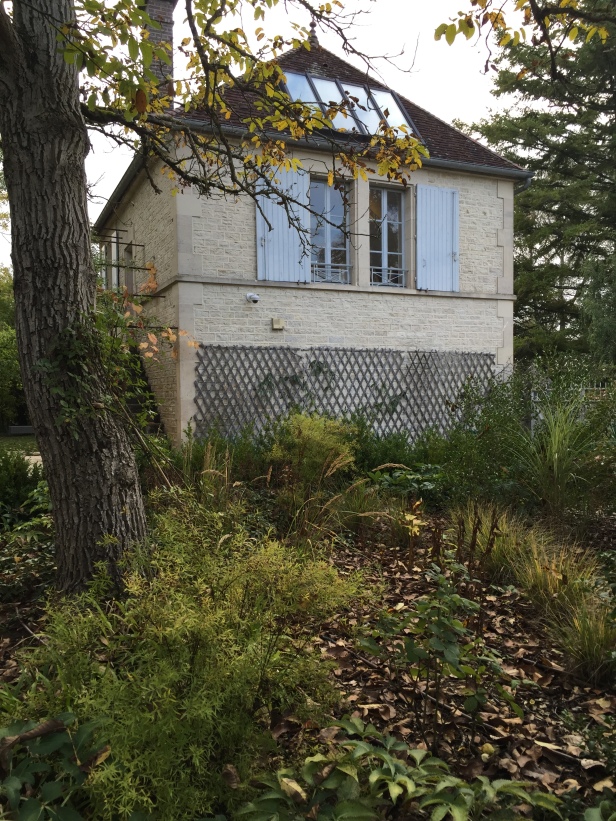 In the yard, a table surrounded by chairs and speckled with apples from the abundant fruit trees, caught my attention.  I wanted one of those apples.  I had walked in his footsteps, observed his view, and now desired the taste of the fruit he may have eaten.  (If not from the same trees he harvested, perhaps from one of the seeds of those rare and wonderful apples.) 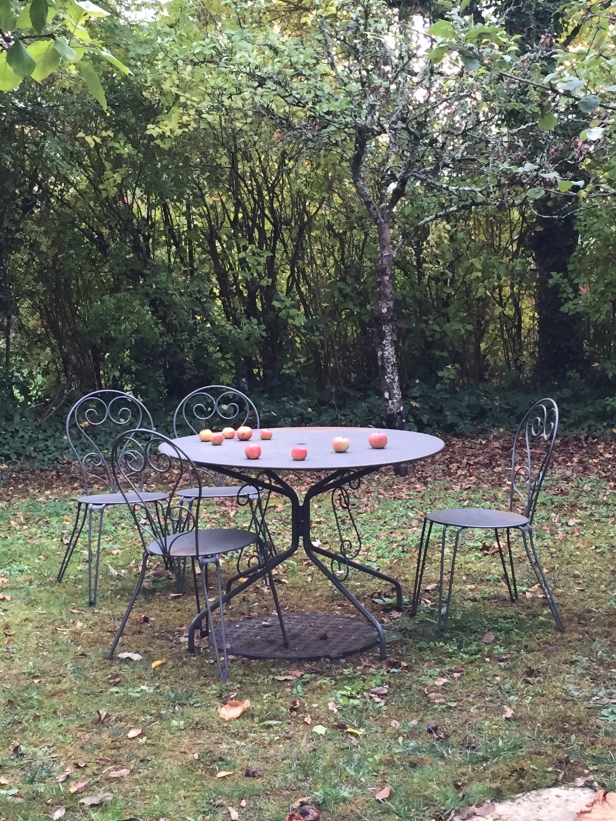 But it was a museum, after all.  Who was I to snatch an apple and bite into it?

I resisted.  I photographed the collection on the table.  I mentioned it to Lena, a friend I’d met in France and who was with me in the studio.  “I want to know what Renoir’s apples taste like,” I said.  She laughed, and said she wouldn’t have thought of it.  But I couldn’t get the idea from my mind.

On the return walk, I noticed another apple tree.  It wasn’t only heavily laden with apples, but some had fallen along the edges and into the landscaped herbs and wildflowers. Feeling a bit like Eve, I grabbed one from the ground.  It was fresh, hard, but red and ripe.

It wasn’t crowded.  We had only met one other couple on the path.  So I handed mine to Lena, found another, also already on the ground, and rubbed it against my sweater to knock off any dirt still clinging to the peel.  And then I bit into it! 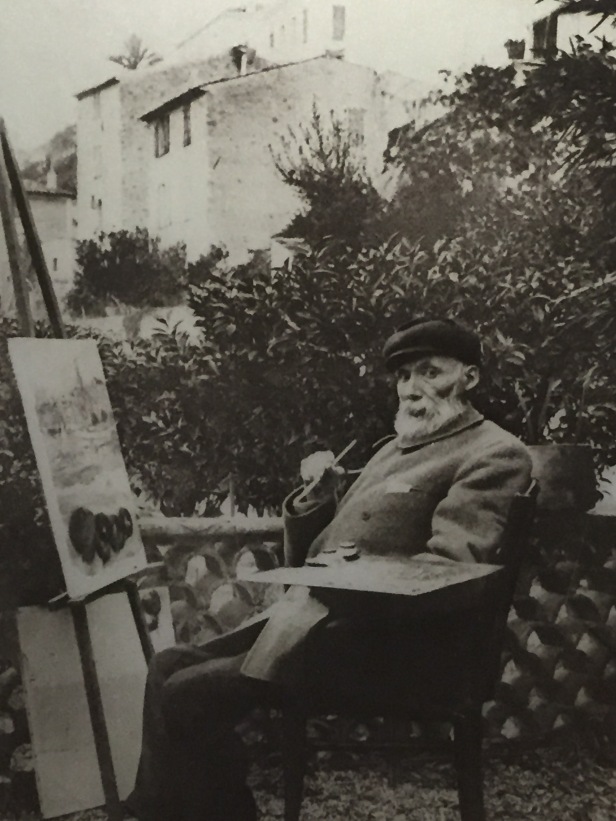 “Wonderful,” we declared, bouncing with joy as we munched on our Renoir apples.  Tossing the cores into the background where older apples were sporting brown age specks, we commenced to the gift shop, happy to part with some extra cash for bookmarks and magnets and coasters.

Thank you Renoir, for the inspiration.  I loved the apple!  I wouldn’t have missed it for the world!

Renee Johnson is the author of Acquisition, and The Haunting of William Gray.  She is currently working on a Young Adult novel, while editing a suspense novel which has international flair–an homage to her love of travel and foreign food.  She lives on a farm in North Carolina with her husband, Tony Johnson, and one very spoiled German shepherd named Gretel.

20 thoughts on “I Ate A Renoir Apple”