My Grandmother, my father’s mother, born near the turn of the twentieth century, was a writer. She often wrote for local church leaders and had a song published once. I have a small booklet of some of her poems and found this one as pertinent today as it was when she penned it.

I’ve often heard it said, “little head, little wit,”
My head is very small, that, I must admit.
And I sometimes think when it’s so heavily loaded,
Why in the world it hasn’t exploded!
Then again, I wonder, do you suppose That wisdom’s like breathing, going in and out the nose?

I sit me down and ponder, for it moves me to tears,
Could that be bits of wisdom rattling in my head and ears?
To be crazy and to know it is not so bad they say,
But to be crazy and don’t know it, that’s what really spoils the day.

Our leaders they are so mixed up, they’re much like stormy weather,
And if the blind lead the blind, they fall into the ditch together.

We have many young folks out there mingling in the mob,
Graduates and high school kids, looking for a no-work job,
Some would like to own the world, and so greedily they would seize it,
Without a thought to stop and think, how quickly they could leave it.

Is it sense, or is it nonsense, that is keeping me in doubt?
If I had a bit more wisdom, bet your boots, I would find out.
But I’ve come to the conclusion, and it really does makes sense,
To have my head examined at Medicare’s expense.

Amen, Grandma! Miss you! She passed away in 1987. I appreciate her work more today than ever. 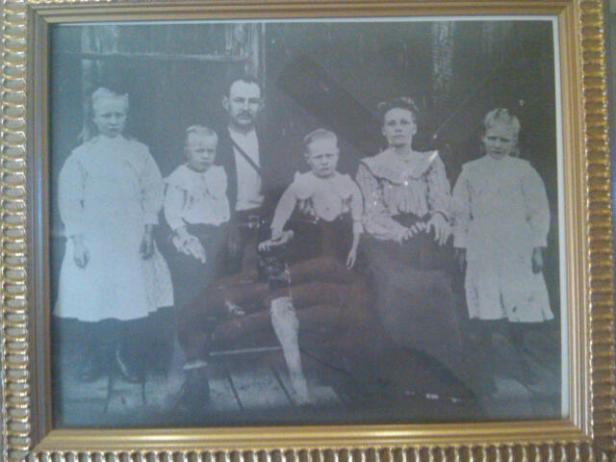 My Grandmother on far Right