We freely admit to feeding the wildlife around our house, even if it is unintentional. The squirrels and chipmunks eat the bird seed. The deer are dining on bits of clover and have completely mowed down the hostas. They are brave creatures indeed, to munch away with our thirteen year old German Shepherd peacefully sleeping in the garage or basement – depending on the temperature.

This is unusual for us. We lost one of our pair of beloved pets and fearless guard dogs last year. The other is getting a little hard of hearing and prefers to just eat and sleep. In the past, these two animals patrolled the grounds like the National Guard. Often this resulted in sleepless nights of continuous barking. But that hasn’t been a problem lately.

And the animals from the forest seem to know it. We’ve even had a bobcat near the house, and once had a raccoon in the garage. Lately the squirrels have become recklessly confidant. We thought the bird feeder was far enough away from trees to keep them away. But they just take a flying leap. Sometimes we hear the hard ‘thud’ of their landing. Other times my husband sits in the sunroom and waits for one to miss. I know what he’s doing when I hear his laughter coming from there.

A mama deer with a set of twins – spotted babies – was so mesmerizing that I watched them for some time. The babies were looking for the dog, inching further and further toward the driveway and the garage corner. One would suddenly jump up in the air, scare the other and it would jump as well, and the pair would run back to mama for a moment before inching back to see if the beast was out. Too cute!

It seems the only animal my old dog wants to run off now, is the cat. So we keep them apart. And we installed an alarm system so we could take our guard dog ‘off duty’. She can sleep all she wants. 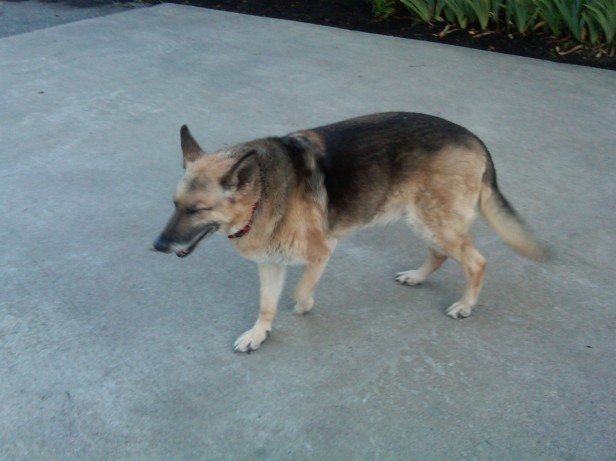 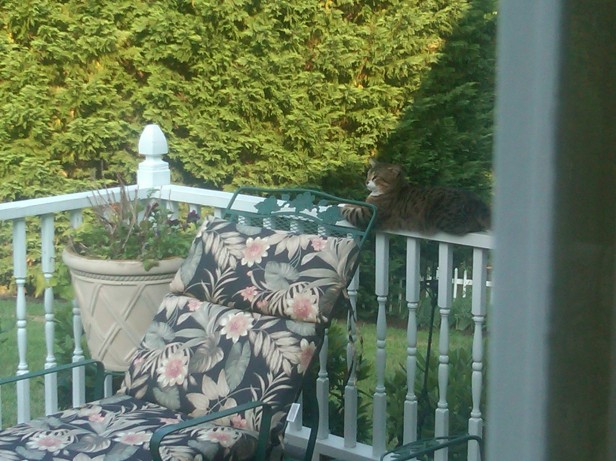 One thought on “Four-Legged Frenzy”