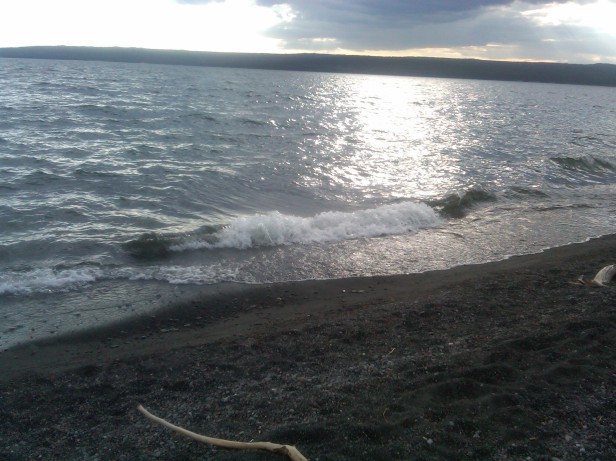 It starts out imperceptibly small, the tiniest of lifts in the water. Suddenly, it fans out and out, rippling forward until it breaks against the land.

This ripple effect reminds me of life. How many times have we told a little white lie and it grew and grew until it crashed us against the surface of truth?

Or we ignore the first sign of trouble – a cough, sore throat, sniffle – until it ripples into a full fledged crest of illness.

Maybe we don’t pay attention to a little spot on the ceiling and it expands each time it rains until there is a full drip of water damaging the ceiling and the floor beneath it.

That’s what happens with a ripple. It won’t suddenly cease to exist, it grows and grows until it bursts hard against the shore. If we could learn to pay attention to the ripples maybe we would get pulled under a lot fewer currents.

Leave a Reply to Lee I Cancel reply

My girl needed two #costumes this #Halloween! #minniemouse or #Belle from #beautyandthebeast? She couldn’t decide and why should she? ❤️🤗