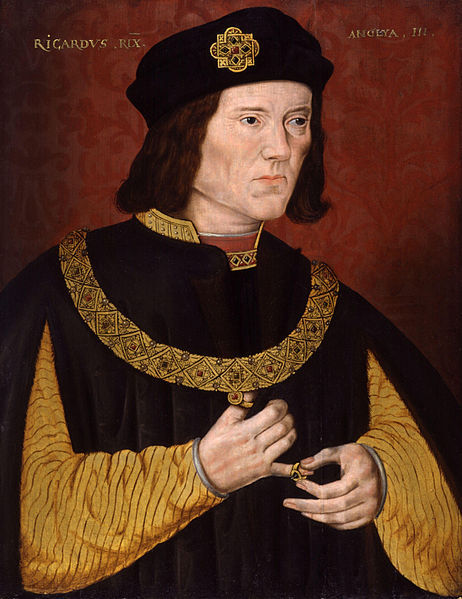 Have you heard?  The skeletal remains of King Richard III have been found underneath a parking lot in Leicester – (pronounced Lester) – England, about a hundred miles north of London.

According to Huffington Post, the final results of testing; which included DNA comparison to his nearest traceable relatives, and forensic analysis of the injuries to the bones matching the descriptions of those inflicted on Richard III during the Battle of Bosworth in which he lost his life; all matched that of the fallen king.

Shakespeare left us with a tale of Richard III that is anything but warm and fuzzy.  Called a deformed toad and a hunchback who left a bloody trail on his ascent to the throne during the years of the ‘War of the Roses’, King Richard III was apparently not beloved.  He may have even killed his own nephews – the ‘Princes in the Tower’.

But when you see his curved spine, you wonder how cheerful he could have been under what must have been a painful existence. 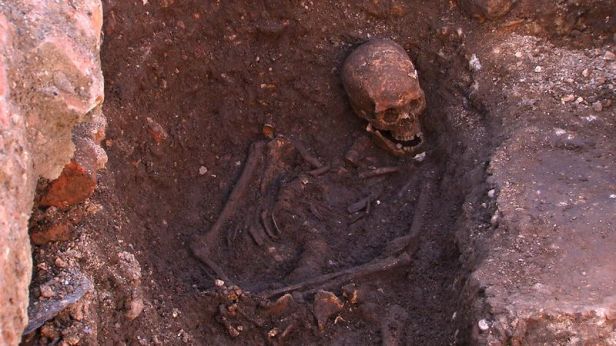 Defeated by Henry Tudor in 1485, stripped naked, and subjected to humiliating wounds even after death, his body was buried by Franciscan Friars beneath their friary.  No tomb was provided him, nor a marker.  And perhaps he got what he deserved.  Certainly, if legend is fact, he did.

But we know that the survivors write history.  And in the fifteenth century, few would have risked the ire of the new king by daring to contradict his account of the fallen villain.  And Shakespeare wasn’t trying to write history books for the universities of England.  He was an entertainer.  His job was to make the tale even taller that it might otherwise have been.

Phillipa Langley, the person responsible for championing the cause of finding Richard III’s remains, appears to be a fan.  So maybe she’ll also uncover something endearing about the king.

45 thoughts on “Remains of a King”